What the hell is a truffle? I’ve read about them, and I still don’t understand. I doubt I’ve ever tasted or smelled them since they seem to be crazy expensive. I also am not a fan of fungus. I do think they look like little brains. 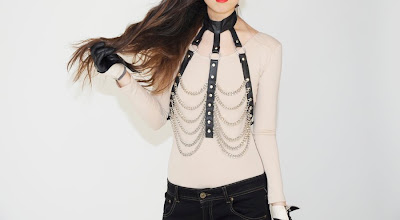 Luxirare; I’ve been going a little back through this blog. I love everything I see but swear she’s a physcotic killer. All the glass, sterile enviroments, chains, steel… this list goes on and on. I’m amazed and love the blog, but really, what’s going on here? Or did I just watch too much Dexter?

I haven’t read much of this blog, I just lol’ed at the name: http://illwearanycoloraslongasitsblack.com/ I’ll have to add this to my GReader list… (That’s topping over 300+ blogs, yiiiikes)

I talked to my friend Jon in Connectitcut and we were throwing around the idea of me going up there again for a long Halloween weekend again. I mentioned I should invite R since his girlfriend would be around, and no one wants to be a third wheel. R said I should fly up to NY and we could drive up to CT (~3hrs.) for a day or two. I don’t have any real Halloween costume ideas, I thought about going kinda skanky since I’ve lost some weight, but I think I’m going to just put together a Daria costume. I’ve needed a reason to buy awesome combat boots for awhile. It’s like fulfilling 16 year old Allie.

Okay, bedtime. I leave you with this.